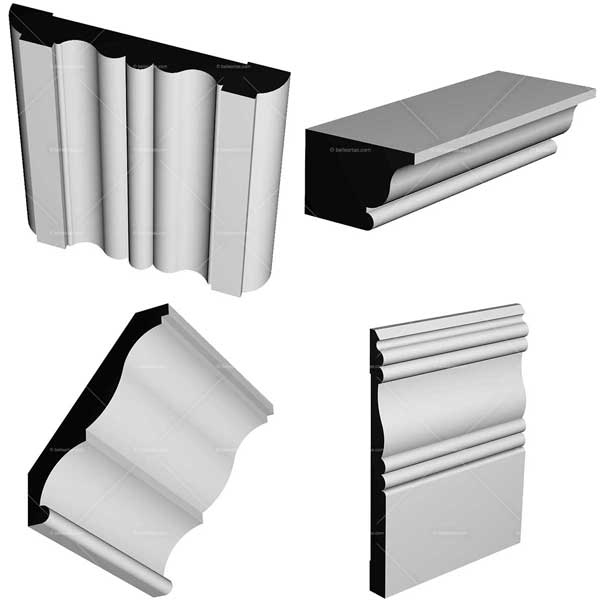 See the individual mouldings and specifications for further information.  See the Victorian style mouldings: casing, base, chair rail, or crown.